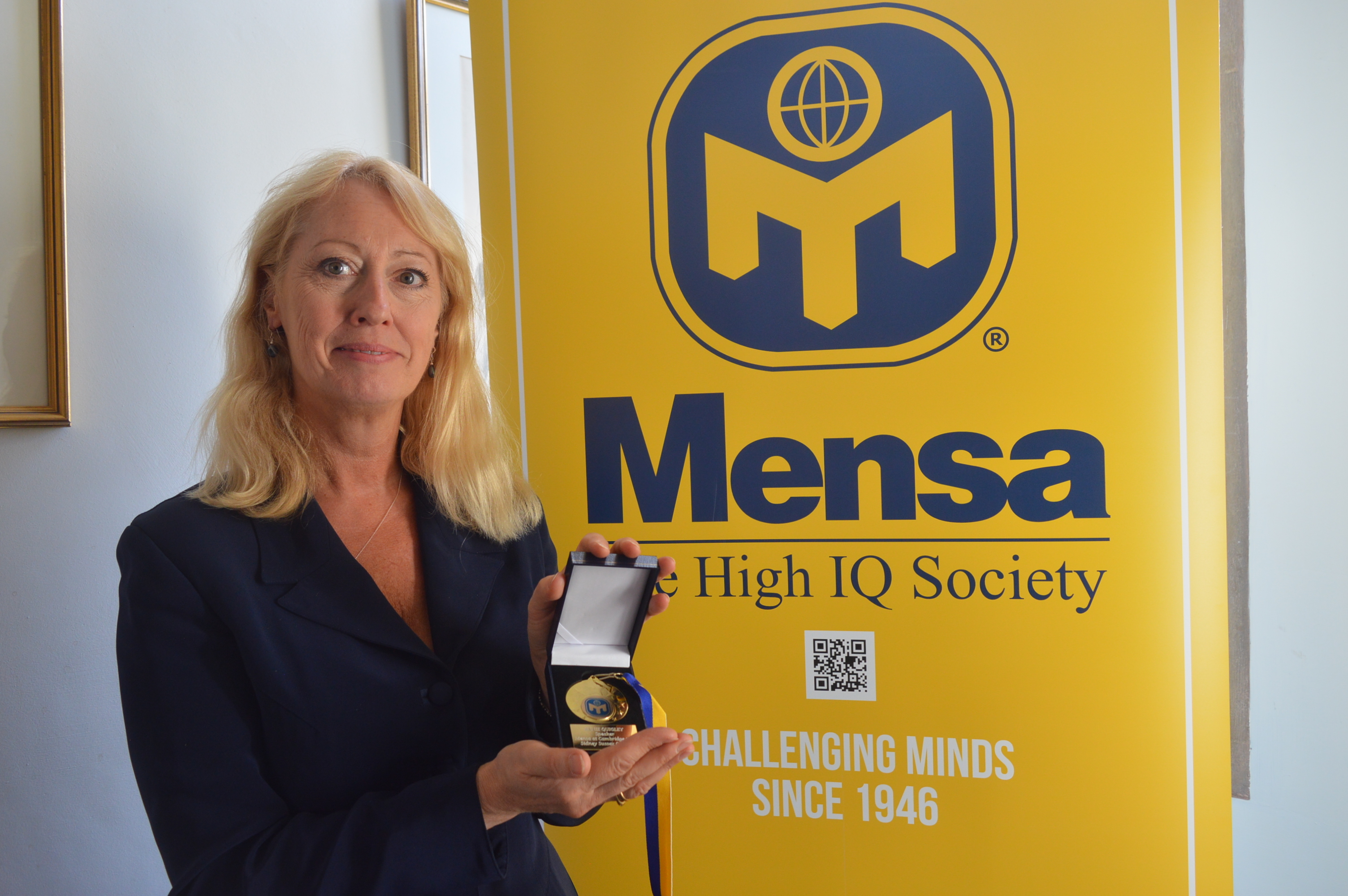 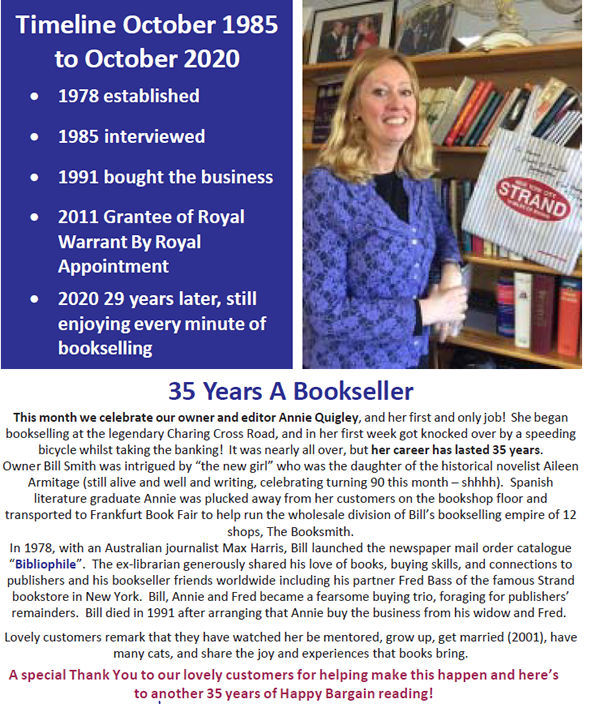 Owner and book-lover, Annie Quigley was brought up in a family of parents who were teachers and writers, with family friends who were writers and who herself studied Spanish and English literature at London University.

In 1991, Annie was given the opportunity to buy the mail order bookselling business Bibliophile Books by her mentor Bill Smith when he was dying and she was Editor. In 2011 Annie was granted a Royal Warrant for Bookselling, By Royal Appointment to HRH The Duke of Edinburgh. 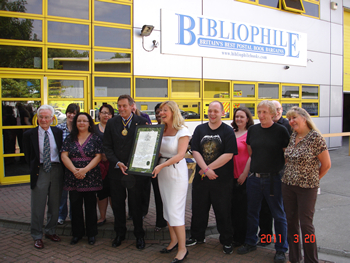 Pictured in front of her warehouse with the calligraphy Royal Warrant for Bookselling from HRH The Duke of Edinburgh.

I am often asked two questions, “What makes a book sell and what are your bestsellers?

In brief, it is beautifully made art books, conspiracy theories, crime fiction and Signed books which I love to sell and collect, so I regularly organise author visits. By genre, it is predominantly non-fiction - art, history, religion, war, humour and erotica. Not necessarily in that order!

Bibliophile has a vast reservoir of independent book reviews going back 30 years for something like 120,000 titles. With valuable sales figures for each, we can consider re publishing from this rich backlist and knowledge.

I am such a dyed-in-the wool bookseller that maybe then I shall go back to the old tradition of taking orders then printing individual books for my customers. This was what bookseller/printer did 300 years ago before the profession of “publisher” was invented! In fact the prosperous 18th century booksellers were all large copyright owners.

May I end by reading from one of my favourite books, The Life of Robert Dodsley,  “… for the real money lay in ownership of copyrights, not in the retailing… booksellers were the entrepreneurs who purchased rights from authors, and, binding to others, merchandised and finished the product through advertisement and trade distribution.”

In 1991, Annie Quigley was given the opportunity to buy the business by her mentor Bill Smith when he was dying and she was Editor. It has remained an independent, privately owned company.

Earlier, the business had been partnered by Fred Bass “the New York Bookseller” and owner of the famous Strand Bookstore, now in its 100th plus year. 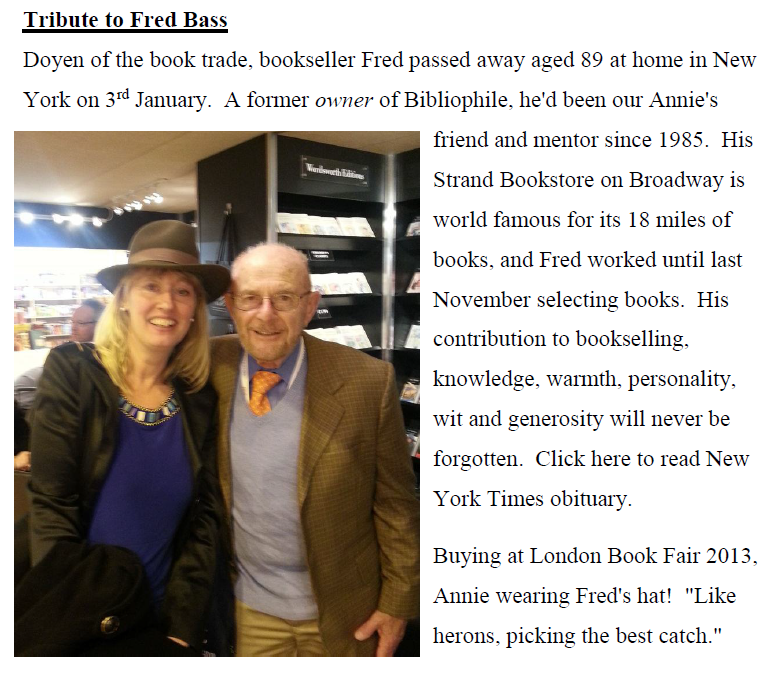 "TO ANNIE,  QUEEN OF CREATIVE BOOKSELLERS."

In July 1992 Annie became sole proprietor and bought out both Bill Smith's widow and Fred Bass.

Since then, she has grown the business to over four times the size and is still run by a small, dedicated staff, six of whom have served over 18 years (pictured below at office staff Christmas Lunch at the O2, December 2021) 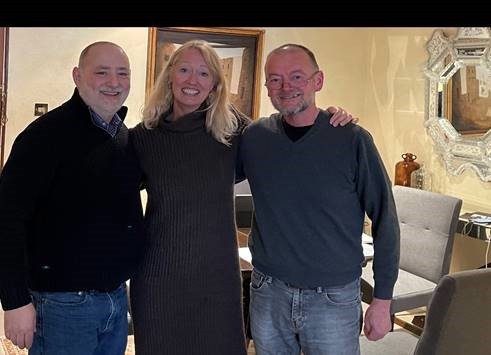 2011 Annie Quigley was made Grantee for Bibliophile Ltd of a Royal Warrant, By Royal Appointment, Booksellers to HRH The Duke of Edinburgh.

2013 Elected to the Council of the Windsor, Eton & District Royal Warrant Holders Association.

2016 As President presented Her Majesty The Queen with a handmade saddle for her 90th birthday from the Association.

2021 Royal Warrant extended until March 2027 just weeks before HRH The Duke of Edinburgh passed away. Reduced to March 2023 on his passing. 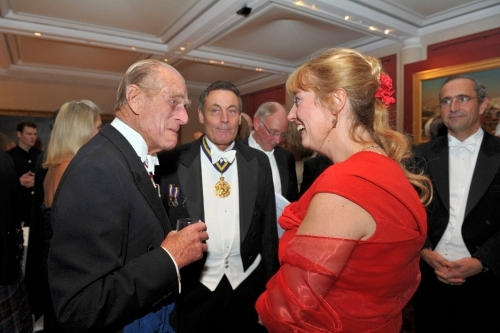 Meeting HRH The Duke of Edinburgh (and wearing vintage Valentino). 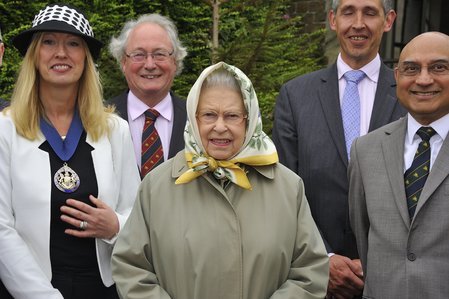 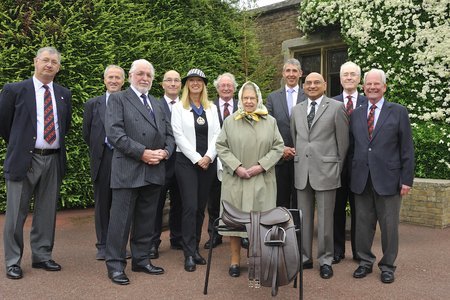 As President, leading a delegation to Her Majesty The Queen at a special informal presentation of the gift of a saddle for her 90th birthday at the Royal Mews, Windsor Castle.

Meeting HRH The Prince of Wales at St James's Palace with QEST delegation for crafts and disappearing trades and Royal Warrant Holders.

With Martyn Daniels "the Handbag Carrier", a title Annie's husband gave himself which Her Majesty The Queen appreciated. "I have one of those!" she remarked.

2022  Speaker MENSA International Conference Cambridge University on "The Affects and Effects of the Pandemic". A good new story for Bibliophile as we provided a "social service" and an escape with books. 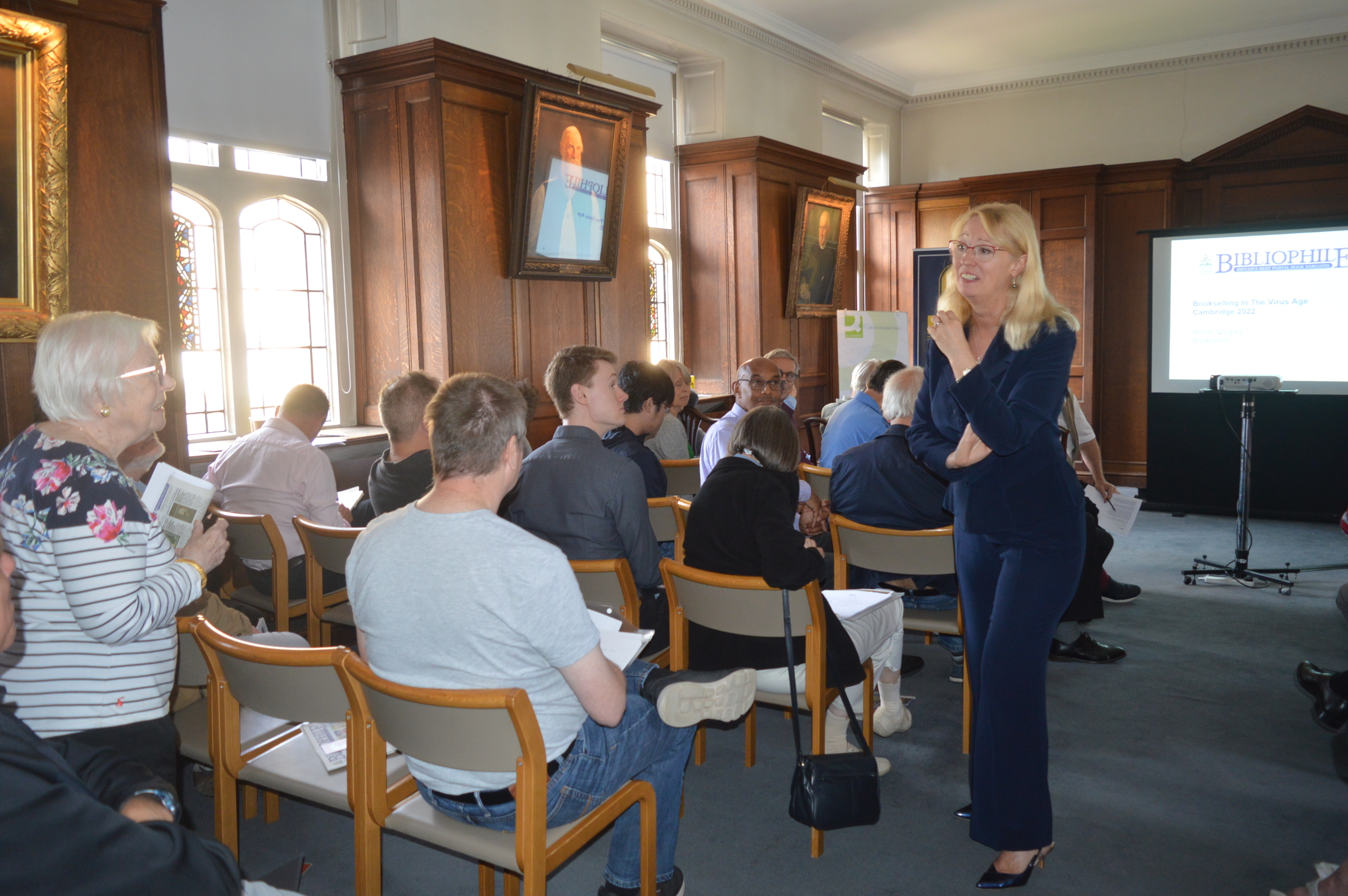 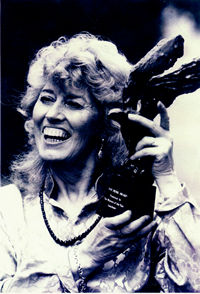 A speciality of Bibliophile is our editor/owner Annie's parents.
Her mother Aileen Armitage (left) has written 34 novels and was Woman of the Year for this achievement despite her blindness. She is pictured holding the Elizabeth Frink Award bronze eagle.
Her step-father, the late Deric Longden had six books published, the first two of which became the popular International EMMY and BAFTA award winningTV films Wide Eyed and Legless and Lost For Words, starring Dame Thora Hird, Jim Boraodbent, Julie Walters, and Pete Postlethwaite.
Bibliophile has published Deric's Diana's Story and Lost For Words and several other titles in Amazon Kindle eBook editions. Click to buy all Bibliophile's out of print choices to republish in eBook format.
Bibliophile's own eBooks and Publications was launched in 2009. 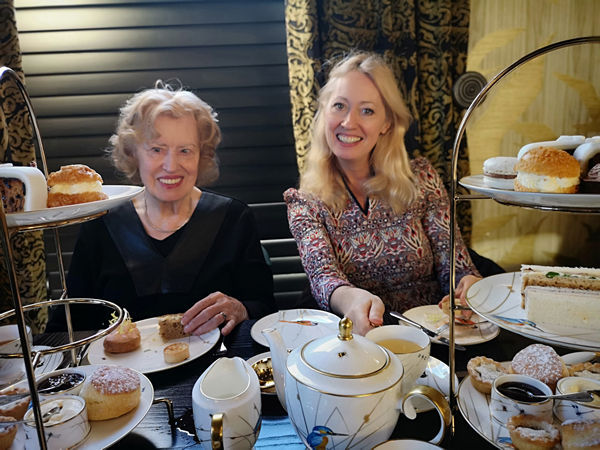