A Tribute from Annie Quigley:

"Bibliophile was formed in 1978 by a real character, doyen of the book trade, Bill Smith, editor of the trade journal Books and Bookmen, a librarian and owner of the Booksmith chain of bargain bookshops. Bill was also a Swanwick goer and would energetically organise the dancing each evening I believe!  Ahead of his time, he was the first to open his bookshops until 9pm and leave wire baskets by the door to indulge his bookloving customers. In 1978 he and an Australian journalist launched the mail order catalogue Bibliophile with humorous anecdotes, pithy quotes and succinct reviews. At that time it was an 8 page tabloid, now we are a 40 pager!  After Ozzie Max Harris died, Bill was joined by partner Fred Bass, owner of the 80 year old Strand Bookstore in New York with its slogan “8 miles of books”.   Before he died in 1992, my old boss, mentor and friend Bill Smith arranged for me, then his young editor, to buy the business from his widow and Fred Bass - an opportunity of a lifetime I’ll never regret. The business grew fourfold in three years. 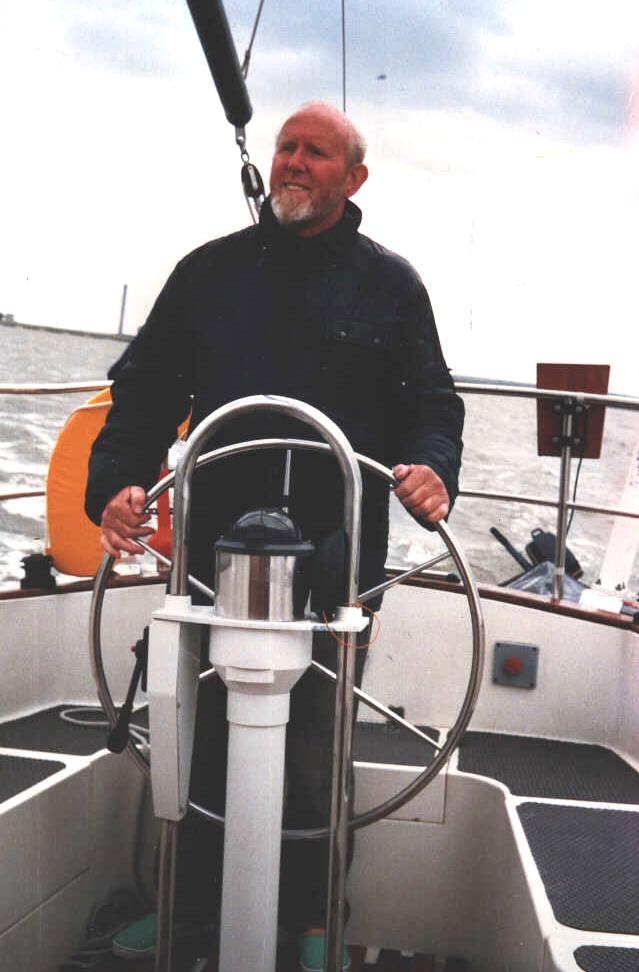 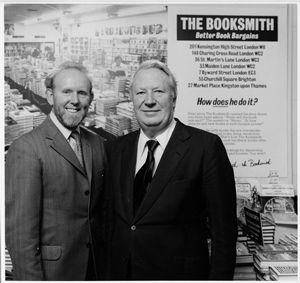 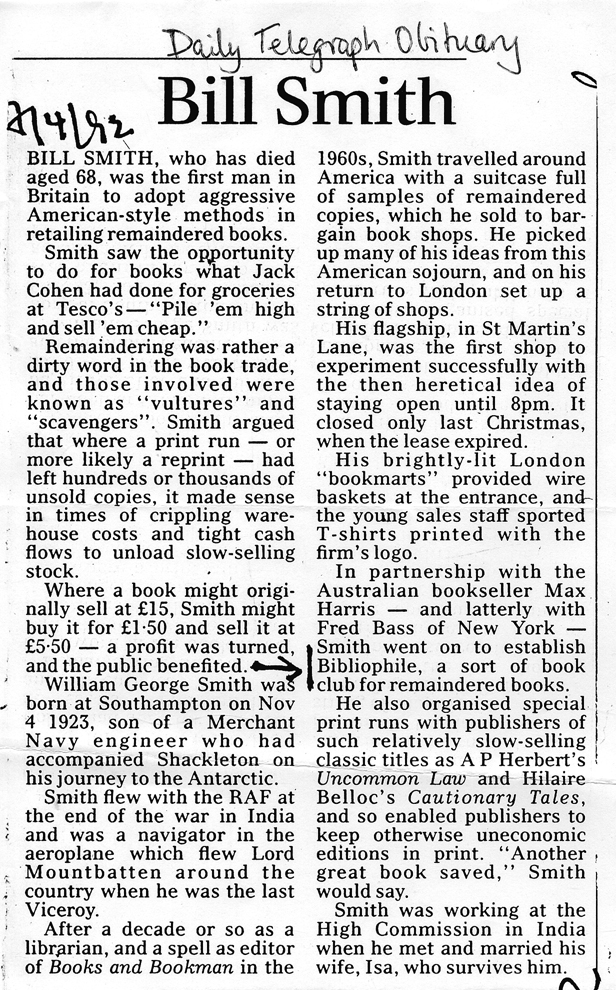